Noveria is a Planet in Mass Effect. Noveria is located in the Pax system within the Horse Head Nebula cluster. Noveria is one of the main plot worlds in Mass Effect, alongside Feros, Therum, and Virmire Planets can be explored while you traverse the galaxy, sometimes you can land on them and other times you only can survey them from the Normandy to obtain resources.

Noveria is a small, frozen terrestrial world, barely habitable by conventional definitions. It is privately chartered by the Noveria Development Corporation, who lease out labs to perform research too dangerous or controversial to be performed elsewhere. Given Noveria's unique situation, it is the source of many wild conspiracy theories.

Noveria is a cool, rocky world, with most of its hydrosphere locked up in massive glaciers. A privately-chartered colony world, the planet is owned by the Noveria Development Corporation holding company. The NDC is funded by investment capital from two dozen high technology development firms, and administrated by an Executive Board representing their interests.

The investors built remote hot labs in isolated locations across Noveria’s surface. These facilities are used for research too dangerous or controversial to be performed elsewhere, as Noveria is technically not part of Citadel space and therefore exempt from Council law.

By special arrangement, Citadel Special Tactics and Reconnaissance agents have been granted extraterritorial privileges, but it remains to be seen how committed the Executive Board is to that principle. Given its unique situation, it is understandable that Noveria is often implicated in all manner of wild conspiracy theories. 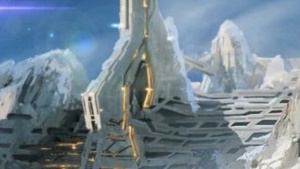